“We are a bunch of rednecks from Louisiana, but I am not uneducated, I have a degree from Louisiana Tech. But this week I have been called an ignoramus,” Duck Dynasty star, Phil Robertson, 67, recently told his Bible study group, as reported by The Daily Mail.

While most people might think this is really an indictment of Louisiana Tech, Robertson, a former football all-star quarterback – he actually started for two years over his college teammate, Terry Bradshaw – received his Bachelor's in Physical Education and his Masters in Education before starting the wildly successful company, Duck Commander, in 1973. His son, Willie, now runs the multimillion dollar conglomerate as CEO while Patriarch Phil spends his time cooking and hunting, staying out of the corporate limelight, but always in the spotlight of the highly popular TV series, “Duck Dynasty,” the most valuable and watched franchise on A&E network.

Robertson taught school after graduating from Louisiana Tech, was a commercial fisherman, ran a bar – and afoul of the law for a short time – before finding God and being baptized at the age of 28. He and his family are known as being very religious and true to the Christian faith as practiced by the Church of Christ. He was interviewed for the January, 2014, issue of a gentleman's magazine, GQ, and by repeating his dogmatic Christian religious beliefs, started a controversy that has become a lightning rod for a mixed audience of Americans, most of whom have never seen a single episode of the TV show. A lightning rod that has become dangerous to touch. Just ask the executives who run Cracker Barrel restaurants.

The GQ article, written by Drew Magary, temptingly asked Robertson's views on sin, a leading question for any Christian that simply could not miss sparking controversy in this age of shrinking church memberships and dwindling congregations. Much of the shrinkage in today's establishment churches has been their intransigent opposition to a liberal understanding of human nature by the general population. In other words, the church is preaching against their own memberships as gay and lesbians stand up to be counted. The churches are losing the popular battle.

What better way to have people buy your magazine than to ask a loaded question of the TV star who has the highest rating for the season that will evoke an answer that flies in the face of current relaxing attitudes. A good attorney never asks a question they don't already know the answer to, and the GQ article was no different. Robertson in all honesty could not have avoided the controversy and still remain true to his convictions. In other words, he was a sitting duck.

That interview, leaked in advance of the publication, resulted in A&E suspending Robertson for saying simply what he believes. He didn't say it on the television show, but he responded honestly to the interviewer's question by paraphrasing a Biblical passage from First Corinthians, something not uncommon or unknown among Christians. A&E network responded by placing Robertson on “leave,” even though it shrewdly did not affect the television programming. Cracker Barrel restaurants, swept up in the knee jerk moment of being politically, or rather, socially, correct, announced it would remove all Duck Dynasty products from its restaurant’s shelves. The back-lash, however, was instantaneous, and blisteringly effective.

Apparently, there are millions of dogmatic Christians who like Robertson's beliefs and All-American, cholesterol laden, high calorie food. Enough to make Cracker Barrel reverse their decision and place the Duck Dynasty items back on the shelves, within two days none-the less! Dollars beats dogma in this country every time.

This isn't Robertson's first rodeo with A&E executives. When he noticed editors were adding “bleeps” to the shows dialog, he asked A&E why. The camera crews had no idea dialog was being bleeped, and Robertson found out the “bleeps” were being added by studio editors to make it appear the Robertsons were cursing, something they religiously do not do. A&E wanted to make the show “more entertaining.” Robertson said, “If they want to hear profanity, they can change channels!” A&E executives relented and the original, profanity-free dialog was restored.

As Seth Meyers recently said on Saturday Night Live, while Phil Robertson's full bearded image was shown larger than life behind him, “Sometimes you can tell a book by its cover.” 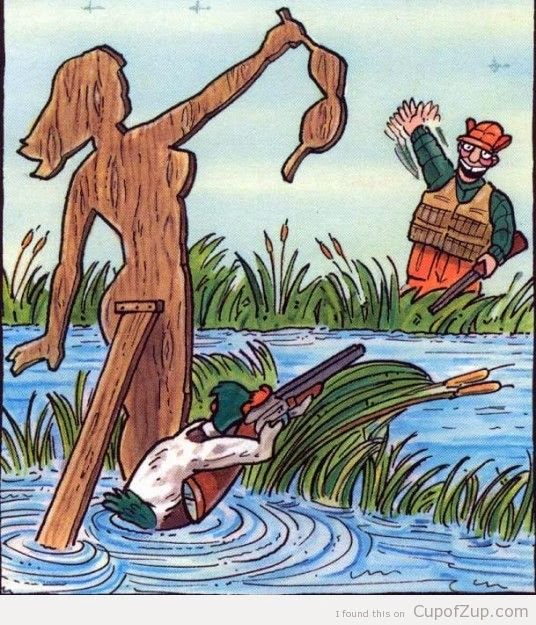